You should be a teacher!

You should be a teacher!

“You should be a teacher.”  I first heard these words almost 20 years ago as a grade 12 high school student.  They came from my piano teacher, Monte Anderson, well actually they came from THE best piano teacher in the world!  Because I admired him so much and because he was so enthusiastic about it, I patiently sat through the little extra sessions he would tag onto my lesson teaching me about piano pedagogy.  It may have helped that I also knew teaching piano, as a side-job, might bring in a little more cash per hour than working fast food.  But, other than that, I had no intention of ever being a teacher.  I was going to be a concert pianist and travel the world!

Graduation came and went and it was time to figure out what I should study at university.  My parents drove me out to the West Coast for a tour of the university I was interested in and we met with an admissions counselor.  After the tour and an interview with her, she said, “You should be a teacher!” and went on to explain how it would be the perfect career for me, that I could still make music my major but that an education degree would open more doors for me. I nodded and listened politely–and then enrolled in a Bachelor of Arts degree with a major in Music because I was NOT going to be a teacher–I was going to be a concert pianist and travel the world!

I fell into a blur of classes (taking an arts degree at a liberal arts university sure involved a lot of classes that weren’t related to becoming a concert pianist!): science, math, english, philosophy, psychology, music education, pedagogy, music history, choir, voice lessons, piano lessons, more piano lessons, and hours a day in the practice rooms.  During these piano lessons, I finished up my grade 10 Royal Conservatory and was working on my ARCT (of course I was going to do the performance option!) when my university piano teacher, Sandra Friesen, said, “You really should be a teacher. You would be amazing at it.”  And she asked me to consider doing the Teacher’s ARCT rather than the Performer’s.  I barely managed to refrain from rolling my eyes in exasperation and, instead, politely told her that I just was not interested in being a teacher, I was going to be a concert pianist and travel the world!

And, for a summer, I kind of was and I kind of did.  I auditioned for the Continental Orchestra and spent an “adventurous” three months in 1996 traveling all across the USA from California to New York and back again, even flying over to Israel for several performances.  It wasn’t quite as glamorous as I thought. When I wasn’t rehearsing or performing, I was traveling by airplane or (more often) a stuffy bus at all hours of the day and night trying to grab sleep here and there, hauling equipment around and watching each city go by in a blur, sometimes forgetting where I even was! But I was still okay with that. I could do it!

Then April 1997 arrived, I finished my 4th year of university, got that little piece of paper that said I was now Michelle Walker, BA, married the most amazing, supportive guy and moved to…Edmonton???…and life just happened.  I found out there aren’t many openings for concert pianists and practicing for hours a day doesn’t pay bills, so I took a job working as a bank teller.  It wasn’t very glamorous, it wasn’t all that exciting…..and it took up a lot of time, so my hours of practicing each day decreased…significantly!  I wasn’t very content with my lot as a bank teller, it was at times stressful and emotionally exhausting, so after almost a year I started looking for other work.  At an interview I met another pianist with an arts degree and we spent a great hour chatting about music and life.  At the end of our chat, she said, “You would make a great teacher!” and she went on to tell me that Alberta College offered a music in early childhood program and they were looking for more teachers to teach the program.  She generously gave me the name of the director of the program, told me where to submit my resume and even what to put on the cover letter!

It was then that I realized, if my choices were bank teller or teacher, surely teacher would be the lesser of the two evils.  So, I submitted my resume and cover letter and before August was half over I found myself hired–as a teacher!  I spent the last of my summer of 1998 in a whirlwind of lesson planning and visual aide making….and studying and writing my ARCT Teacher’s Written Piano exam! (Sandra Friesen, you told me so!)

September arrived and so did the first day of classes.  Butterflies and second thoughts swirled at dizzying speeds, how had I ever thought I could do this?  What have I done? But I pulled myself together and left for work.  Turns out…that first day was incredible! The children and I took to each other immediately, it was SO fun!!  I came home on a high, I felt like I could go out and go dancing all night…never in the last year or so had my work left me feeling so energized and alive.  This was exactly what I was supposed to do.  I realized: I really should be a teacher!

And so I am! I taught that program at Alberta College until 2005 and then left to focus on the growing number of private piano students that I was teaching in the lovely home studio that my amazing, supportive hubby had helped me set up.

One warm, spring day in 2007, a very dear friend called me in excitement. She had just registered her children in a Music for Young Children class, and said, “You have to check this program out because YOU should be an MYC teacher!”  This time, I listened. 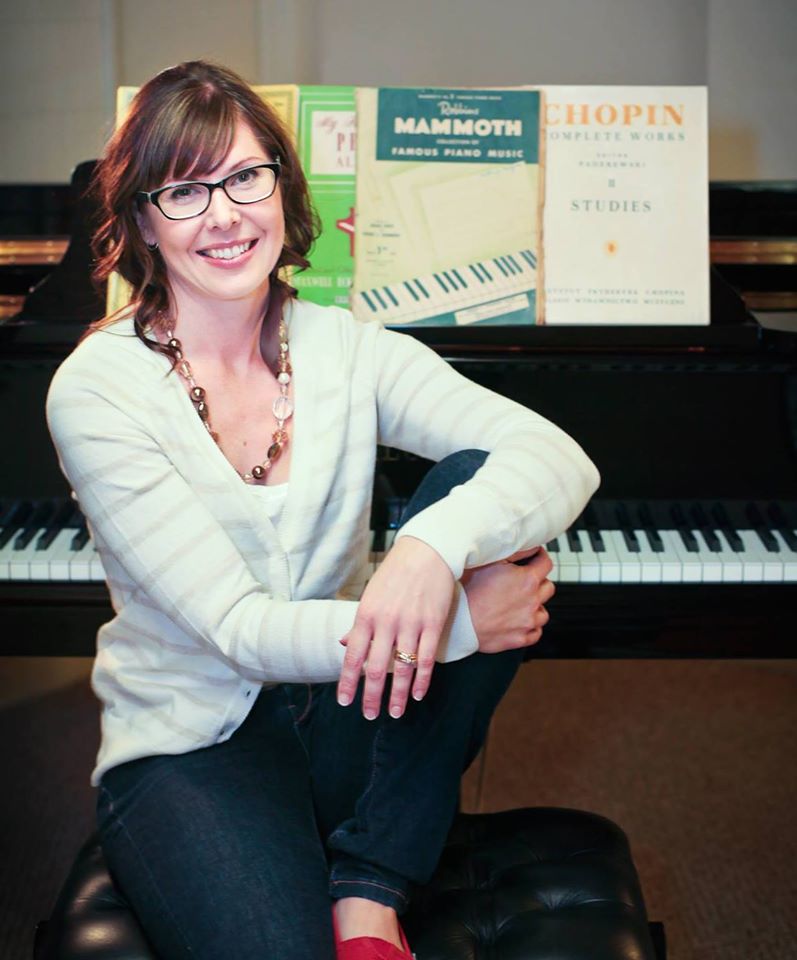 Welcome! My name is Michelle Miller and I am a pianist and teacher residing in Edmonton, Alberta, where I run a thriving piano teaching studio in my home offering both in person and online lessons.